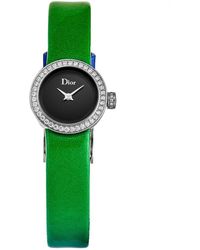 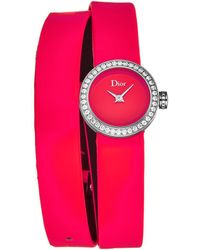 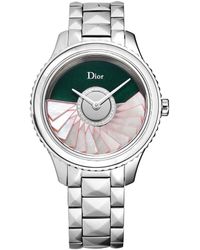 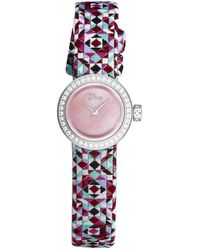 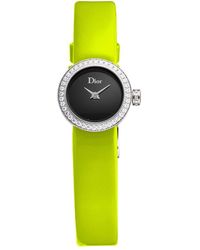 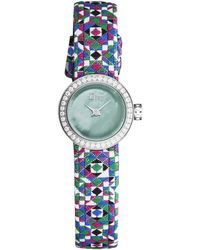 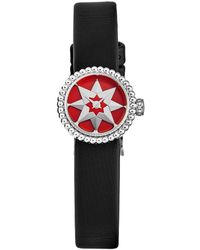 Christian Dior is a legendary couturier who is credited with changing the face of fashion after the second world war. His first 'New Look' collection which debuted in 1947, featured voluptuous silhouettes including boned bodices and flared skirts which were offered a refreshing change from the military uniforms of the time. The house of Dior has continued to remain at the forefront of women's contemporary fashion, with acclaimed designers Yves Saint Laurent, John Galliano and most recently, Raf Simons at the helm of the brand. Dior's signature timepiece, the Dior VIII is striking, elegant and timeless and comes in an array of materials and finishes, named after the date fashion house was created on 8 October 1946, the name of his first collection, "En Huit" and the 8th arrondissement of Paris where the Dior house was founded on Avenue Montaigne.