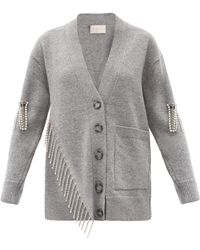 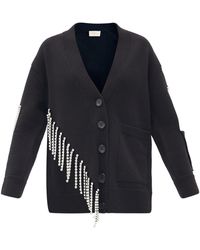 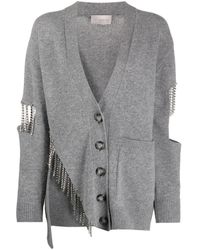 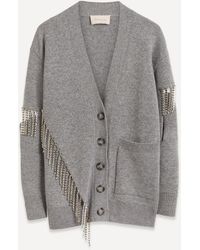 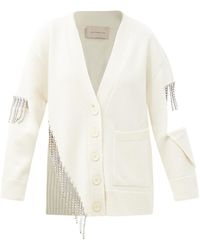 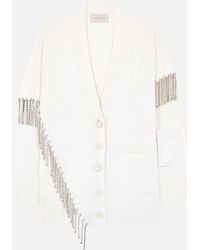 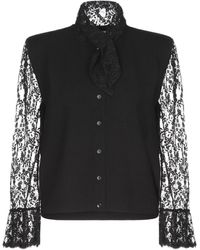 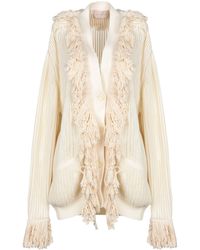 Since he debuted his first collection at London Fashion Week with a series of neon bandage dresses in 2006, London-based designer and Central Saint Martins graduate Christopher Kane has been a darling of the industry and staple of the British fashion scene. His namesake label has garnered continuous attention and acclaim for its edgy and distinctive style. Pops of color and experiments with texture define the label's designs, which can be seen in its selection of cardigans. Think refined pieces in a striking rope print, animal-print knits in bold colors and cashmere designs finished with ornate detailing.