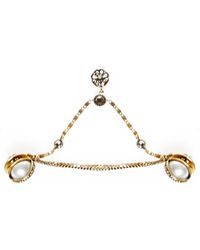 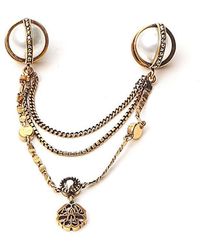 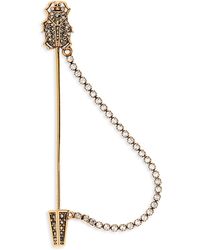 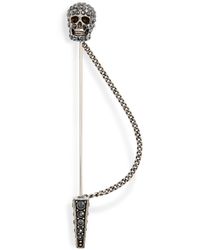 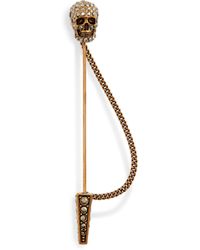 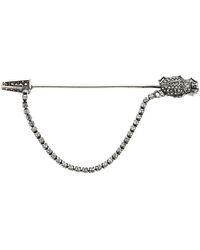 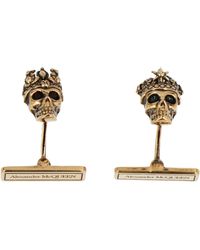 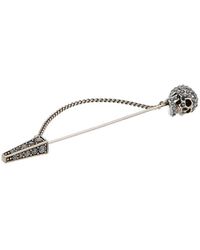 A true visionary from an early age, Lee Alexander McQueen's is considered one of the most prolific British designers of this time. Launching his namesake label in 1992, Alexander McQueen became known for his daring silhouettes, exquisite tailoring and theatrical shows that mix dark glamour with a romantic femininity. Since 2010, Sarah Burton has taken the helm of the house of McQueen, continuing Alexander McQueen's legacy and adding another dimension to the brand's aesthetic. With a brooch collection including feather styles and statement skull detail styles, Alexander McQueen's range of brooches offer an edgy finishing touch to your look.