Get updates about
Under Armour Sneakers 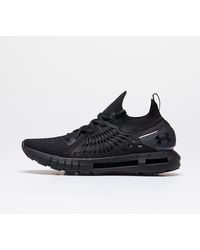 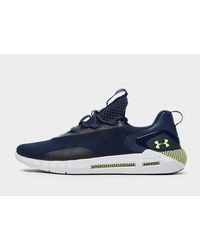 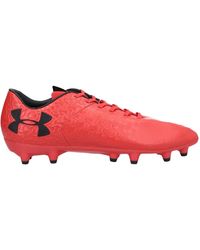 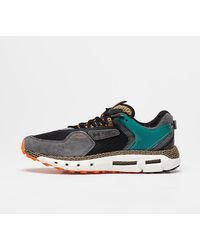 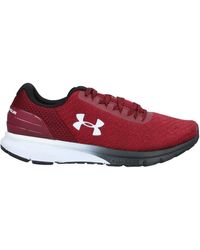 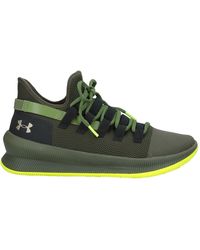 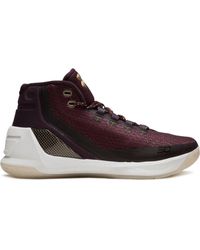 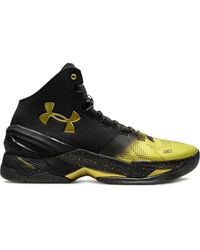 The Under Armour Sneakers Buying Guide

The brain child of former footballer, Kevin Plank, Under Armour started with the aim of creating a superior sport T-shirt; a T-shirt that removed perspiration rather than just absorbing it and enhanced the wearers ability to perform better. Under Armour's collection has grown significantly since it first launched in 1996 and now includes footwear as well as clothing. Our men's Under Armour sneakers collection boasts styles, which provide the stability and comfort athletes need to perform, without any of the extra weight. Using responsive Micro G cushioning and a ventilated upper Under Armour at the cutting edge of performance fashion with this line of sneakers.

Under Armour has been keeping athletes cool since starting life in 1996. The brand made a name for itself with its sweat-wicking sports t-shirt – the first one available – that moved sweat away from the surface of the skin, helping runners control their temperature. Since then, Under Armour has continued with its innovations, introducing hot and cold gear that lives up to every activity. All about performance, men’s Under Armour sneakers are made with this same zest for progression. Look no further for comfortable training, running and walking shoes. Ahead, take a look at our men’s Under Armour buying guide, which will help you narrow down the styles that work best for you and find your right size.

The Most Wanted Under Armour Sneakers

The Under Armour Sneakers Sizing Guide

Men’s Under Armour sneakers fit true to size, so there’s no need to size up or down. The brand’s sneakers come in US sizing, and you can use the below conversion chart to find your corresponding size for EU and UK. For example, if you usually wear a UK size 7, choose a US size 8.

How To Care For Your Under Armour Sneakers

Under Armour sneakers are easy to keep clean at home. They’re made from durable fabrics, designed to live up to your performance for seasons to come, requiring little to no upkeep.

If your men’s Under Armour sneakers become muddy, leave the mud to dry and then brush off with a soft-bristled brush. You can use a small brush – like a toothbrush – to remove dirt from the soles of your shoes.

To deep clean your sneakers, combine mild detergent and warm water in a bowl. Take a soft sponge and gently dab at the uppers of your shoes. Don’t submerge them in water and leave them to air dry naturally.

It’s not recommended that you use an abrasive cleaner on your sneakers. This can compromise the technical fabric and cause synthetic leathers to crack. You also shouldn’t clean your shoes in the washing machine or dry them in the tumble dryer.

When not being worn, store your sneakers away from heat sources like radiators. If they become damp while you work out in wet conditions, leave to dry naturally.

Are Under Armour sneakers good for running?

Men’s Under Armour sneakers feature specially developed systems to help improve your performance. Look out for styles with UA HOVR™ technology that helps you to maintain energy with each step. The SpeedForm collection includes trainers with contoured socks that fit like an extension of your own foot. Most running shoes from Under Armour feature moulded seamless heels and ultrasonic seams to keep you comfortable while you move.

Are Under Armour sneakers comfortable?

Under Armour has developed sneaker features to keep you comfortable. Shoes like the Anatomix feature Micro G foam midsoles for added cushioning. Most styles have breathable mesh uppers to help keep you cool while you work out. The brand has added extra padding to the tongue and collar of their sports styles for a supportive, cushioned fit.

How do Under Armour shoes improve performance?

Some Under Armour sneakers can connect to the brand’s fitness apps. Look for the Bluetooth hashtag on the tongue of your sneakers. You can download the MapMyRun, MapMyWalk and MapMyFitness apps and connect your shoes to your smartphone while you work out. The app then tracks your distance, pace, speed and even calories burned.