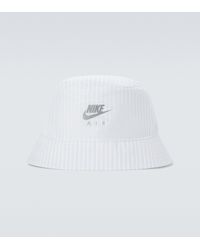 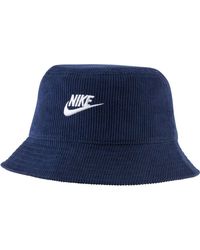 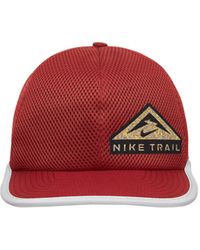 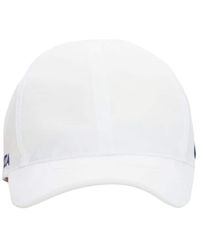 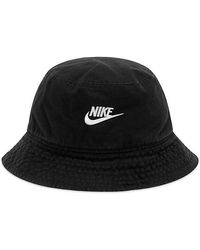 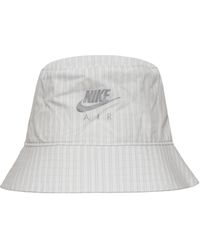 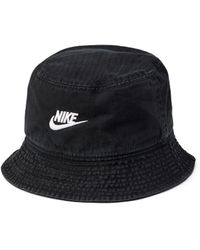 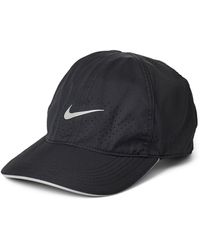 Now operating all-over the world, Nike is the go-to name for trend-setting sportswear. Steeped in athletic history, the brand was initially founded in 1964 by Bill Bowerman and Phil Knight as 'Blue Ribbon Sports'. Tailored to all active lifestyles, some of the sporting world's most notable instances have been supported by Nike. Men's Nike hats are as stylish as they are functional. Hugely popular as sartorial statements, snapback caps, trucker hats, visors and beanie hats are instantly recognizable with bold company branding emblazoned across each design.

Since its creation in 1978, Nike has been a staple within the sporting and fashion world. With a heritage in track and field, all the hats have stood the test of time — from classic baseball caps and snapbacks to Nike SB and Nike ACG hats. Nike's rich history and experience mean that there is a hat for every occasion and look. Ahead, take a look at our Nike hat buying guide, which will help you discover one of the many styles that may work for you along with a guide on how to decide on the right size.

The Most Wanted Nike Men’s Hats

Knowing what size to get can take longer than finding your perfect hat, but with this guide, we have made it easy. Using either a flexible tape or a piece of string and a ruler, measure from the back of your head to the center of your head (bringing both ends of the string or tape to your forehead) Remember to put the tape measure or the string in the position you expect the hat to sit. Once you have found the measurement, use the chart below to find your perfect fit.

Most Nike hats come in one size, with the brand’s baseball caps featuring an adjustable back fastening so it can be customized. For Nike hats that come in S-XL sizing, you can use the above chart to convert to your head measurements.

For example, if your head size is 23 inches, you will need to buy your Nike hat in a size L/XL.

How do you know if a Nike hat is real?

Nike hats are easily identifiable by the quality of the material and construction along with an SKU number that can be found on the tag attached to the hat. If the number is missing or doesn’t match the hat is likely a fake.

What are Nike hats made from?

Where are Nike hats made?

Nike hats are produced outside of the USA in over 430 factories in 41 countries. Nike ensures that all workers are paid well, working conditions are more than satisfactory and that all factories have clean air regulations.