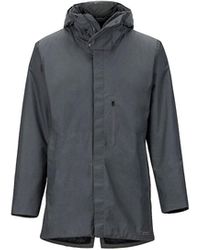 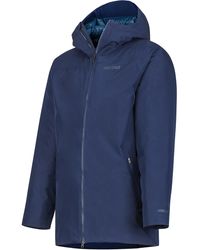 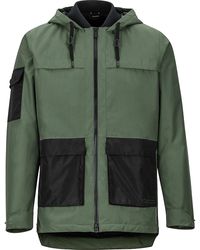 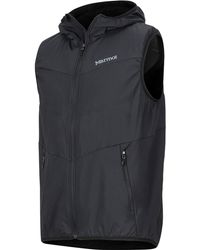 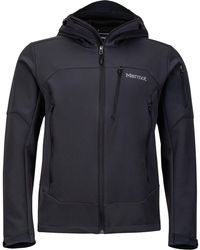 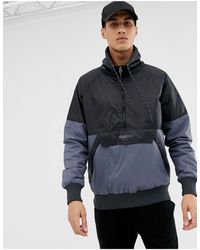 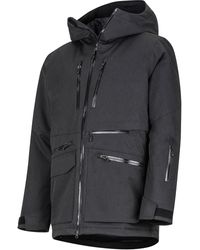 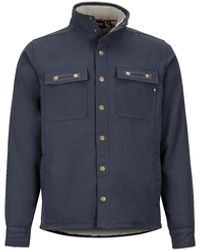 Marmot was founded in 1974. It was the brainchild of Eric Reynolds and Dave Huntley, who were both obsessed with climbing. After a chance meeting with adventure filmmaker Mike Hoover, the brand created their Mantle Jacket, which became a mainstay of their collection. Their current range of jackets is influenced by their beginnings, which features a variety of down jackets, four pocket safari jackets, softshell styles and hooded waterproof jackets. These are perfect for a rainy spring or a cold winter.

Over 40 years ago, Marmot transformed its love of the mountains into alpine clothing. Now, it has taken the world of mountain jackets by storm with ground-breaking technology, becoming one of the first brands to bring the revolutionary GORE-TEX material into the range. The label continues to be one of the most trusted brands used by mountain athletes across the globe. The collection of Marmot jackets includes down jackets, fleece styles as well as hooded waterproof jackets. Read on for our men’s Marmot jackets buying guide, which will help you uncover the styles that work best for you and show you how to care for them.

The Most Wanted Marmot Jackets

Marmot jackets are sized as outerwear, so they’re larger than sportswear to allow for performance, movement, layering, and comfort.

For accurate measurements of each size, the chart below details the chest, neck, sleeve, waist, hip and inseam dimensions in inches. Measurements are body measurements rather than garment measurements.

How To Care for Your Marmot Jacket

Your Marmot down jacket will have a specific loft or thickness of down that not only provides insulation, but also gives it its shape. You can help maintain the brand-new loft of your jacket by using down-specific methods when you wash and dry it.

- Step 1: Put the jacket in your washer on a gentle cycle with a warm water wash and rinse.

- Step 2: Add Marmot’s recommended amount of down wash to the washer. Allow the wash and rinse cycle to finish.

- Step 3: Position the dial on your washer to rinse cycle. Opt for a warm water setting to enable the machine to rinse the jacket a second time.

- Step 4: Put the jacket in your clothes dryer on a low setting. Place two clean tennis balls in with the jacket – this will enable it to recover its loftiness as it dries.

- Step 5: Allow the jacket to dry on a low heat for two to three hours. It’s a good idea to check on your jacket every hour to turn. When fully dry, remove from the machine.

Marmot jackets are notorious for being ultra-warm, thanks to the highest quality Gore-Tex with palite technology. This makes them breathable and waterproof, so you stay warm even in the wettest, coldest of weather. For example, Marmot’s Guides Hooded Jacket is made with water-resistant down defender treatment and features a zippered hand warmer pocket for added warmth. You can even control the temperature and fit thanks to Velcro cuffs and drawcord hems.

Are Marmot jackets true to size?

Marmot jackets tend to fit very closely to the size chart above, so for a good fit, please go by these measurements.

What are Marmot jackets?

Marmot has over 40 years’ experience in designing premium outerwear that stands out from the crowd. It’s all thanks to students Eric Reynolds and Dave Huntley who discovered there was no ideal clothing available for snowy weather conditions. So, they founded Marmot in 1974, crafting top-of-the-line sleeping bags, backpacks, tents and more. Their line of jackets is crafted with flawless breathability in mind and you can rest assured your Marmot jacket will deliver cutting edge performance, whatever the weather.