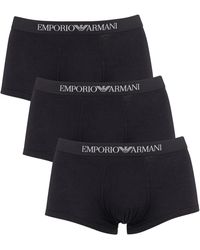 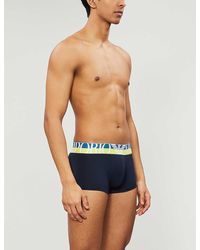 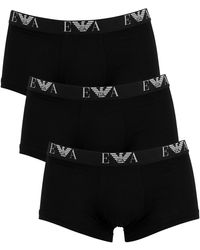 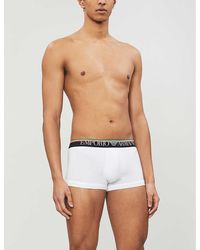 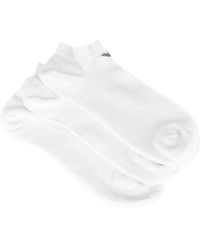 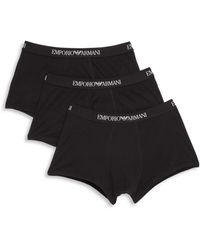 Since men's underwear tend to be shielded from public view and has yet to breach the alluring sex appeal tipping point when flashed, creative style is hardly ever paid when designing. However, Emporio Armani understands that when you shop in the luxury house created by Giorgio Armani, there's an expectation of luxury design in every piece no matter how small and trivial it is. So Emporio Armani underwear has found ways to creatively style men's underwear while maintaining masculinity. Whether its colorfully lining the libido or putting some prints on a pair of boxers, the techniques utilized are as pleasing as they are welcomed.