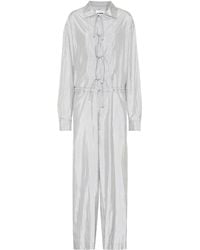 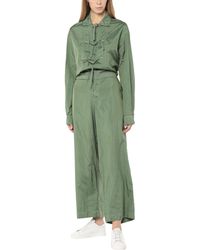 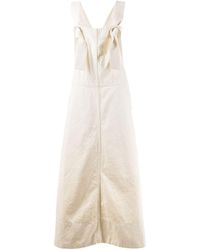 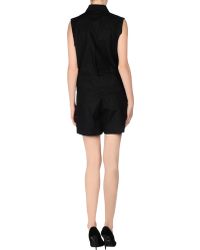 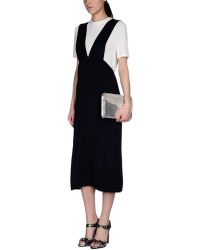 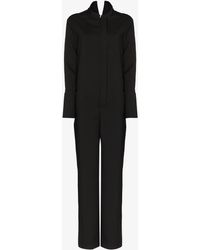 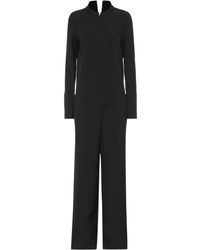 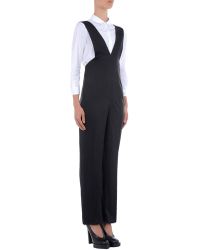 Founded in 1967, Jil Sander is the eponymous fashion house from the acclaimed German designer. The contemporary label is largely credited for popularizing the minimalist style that became the look du jour of the '90s. Minimalism, simplicity and quality are the hallmarks of the label, featuring architectural silhouettes in a refined color palette of neutral tones. Sander's signature pieces include tailored looks and androgynous, minimal separates in clean cuts. With a collection including utility-inspired playsuits to voluminous jumpsuits and strong tailored pieces, Jil Sander's jumpsuits make for a bold alternative to a dress, with an edgy, androgynous aesthetic.