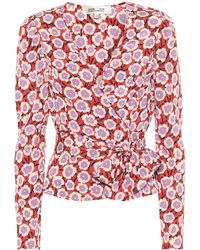 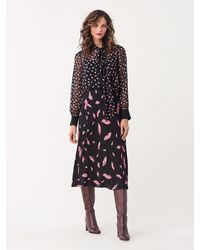 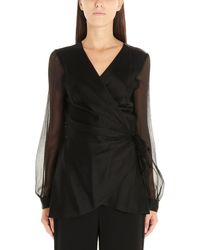 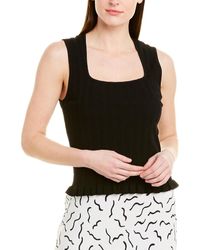 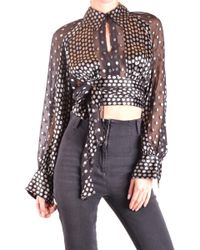 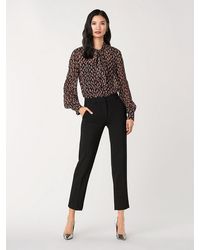 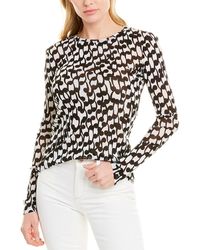 Diane von Furstenberg has been providing fashion-forward women with glamorous apparel since 1972. With a reputation for extremely versatile looks, it is no surprise that the American brand has shot to stardom shortly after Diane von Furstenberg pioneered the wrap dress. Diane von Furstenberg designs have been spotted on the likes of Kate Beckinsale, Molly Sims, and Gwyneth Paltrow. The American designer picked up Lifetime Achievement Award from the Council of Fashion Designers of America in 2005 and became the CFDA's president in the same year. Shop stylish tops for every occasion, from chic cashmere designs to elaborate crystal-embellished tops and silk printed blouses. Featuring luxurious fabrics and contemporary cuts in various colorways, Diane von Furstenberg tops add a touch of glamour to your new season repertoire.