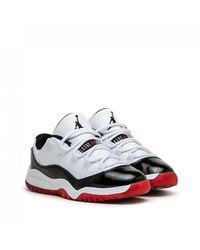 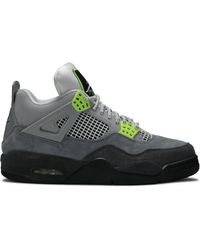 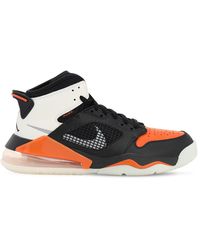 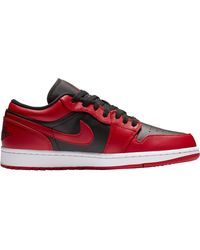 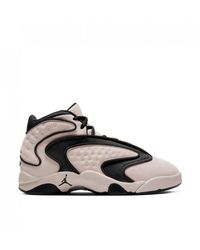 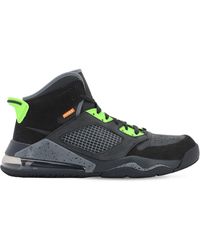 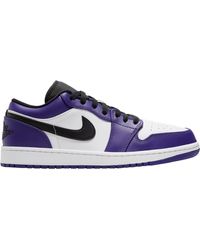 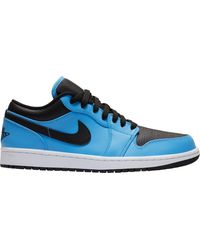 Named after basketball legend Michael Jordan, the Nike Air Jordan soared to success after the original Air Jordan I appeared on the court in 1985. The first sneakers to fuse performance with style, Nike has expanded its line to include a range of styles including the Jordan Spizike, Air Jordan 7 Retro and Jordan Eclipse. Each pair takes inspiration from the classic silhouette, with grid panels and Nike Air units. Uppers are constructed from leather and mesh, while all feature a rubber sole for durability. Ankle support is offered on many as well as foam-backed collars for stability. Choose from a range of colors to suit every man's athletic-inspired look.