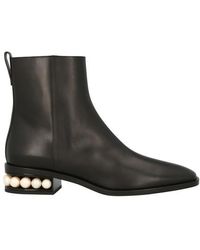 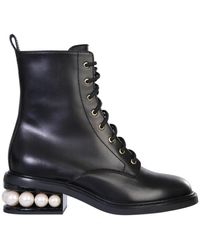 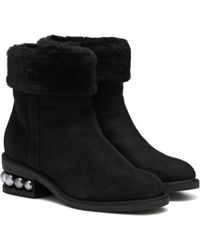 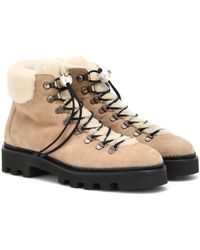 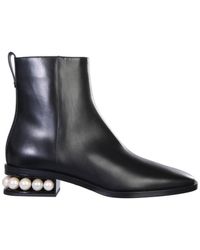 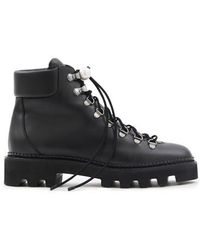 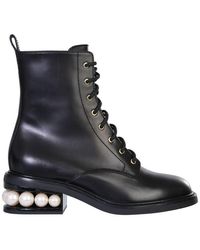 Nicholas Kirkwood is a luxury and award-winning British footwear designer that broke into the fashion scene in 2005 with his namesake footwear label. Since then the coveted designer has achieved critical acclaim for his exciting, directional and unique pieces. Nicholas Kirkwood's collection of ankle boots takes you on a journey from casual to sophisticated in a flash. Boasting unique pieces like lace and suede cage boots to casual and luxurious leather booties, you'll turn heads in this sought-after selection.