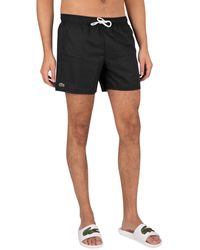 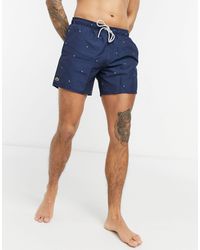 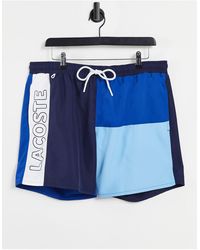 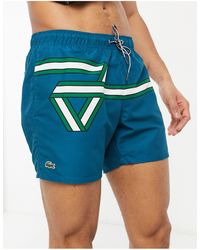 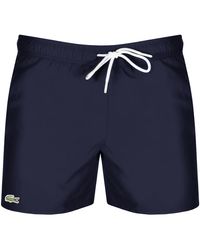 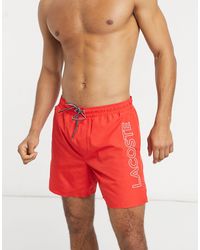 The Lacoste brand story begins in 1924 when tennis legend Rene Lacoste won his first tournament at the age of 17. This was the start of a stellar tennis career, as well as a playing style that would later earn Lacoste the nickname the 'alligator,' which then inspired the logo for the Lacoste brand. It wasn't until the 30s that the first iconic Lacoste polo shirt appeared on the scene but that was the starting point for a clothing brand which has grown into not just an activewear label but a bona fide fashion brand too. Shop the range of boardshorts from Lacoste for a selection of classically inspired looks featuring the brand logo.