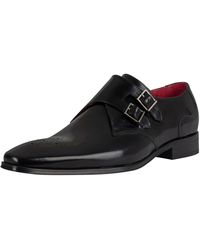 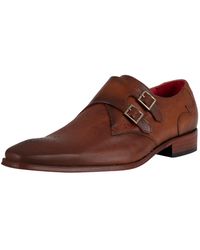 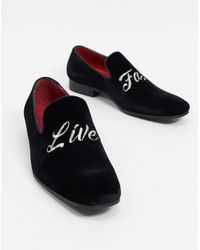 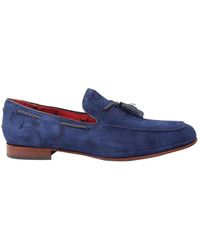 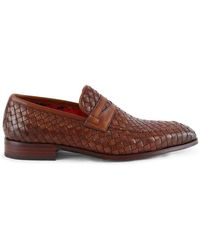 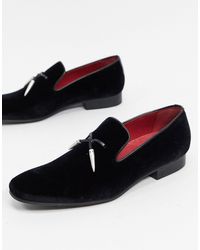 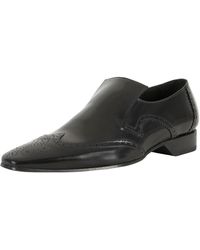 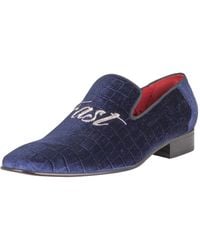 Shoe brand Jeffery West hails from the heart of the British shoe making and leather industry and has incorporated all the influence of this rich heritage and tradition into the looks that grace its lines today. The label has a very distinctive personality which has been influenced by everything from pop culture through to Gothic design and heroes from film, literature and music such as Oliver Reed, Brian Jones and Bram Stoker. The designs offer an alternative take on traditional British footwear that is both refreshing and cool. The range of slip-ons from the brand includes 'if we could be heroes' loafers, brogue loafers and velvet dress slippers, as well as classic monk shoes and punched leather designs.