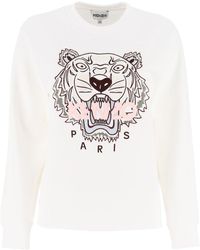 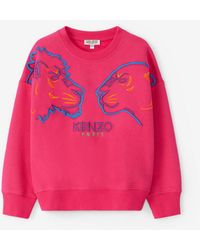 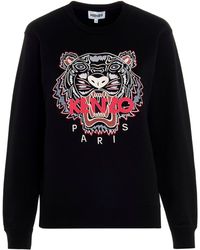 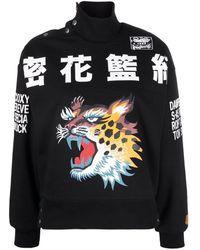 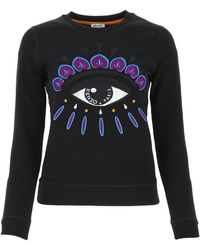 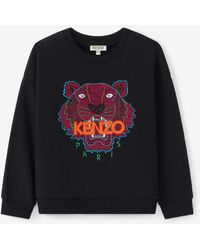 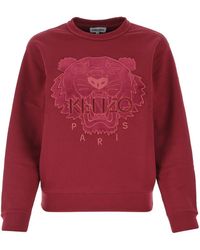 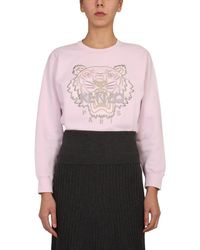 The colossal KENZO brand was established in 1970 by the Japanese designer KENZO Takada and now operates under the creative direction and watchful eyes of Opening Ceremony's Humberto Leon and Carl Lim. Reflecting its Parisian and Japanese roots, KENZO sweatshirts integrates cuts, prints, patterns and illustrations that pay homage to the fashion found in these differing locations. The line refuses to associate with monotony and often features loud slogans and logo appliqués that prove impossible to ignore. Whether unwinding at home, running errands or heading to the gym, KENZO sweatshirts boast a versatile wear.