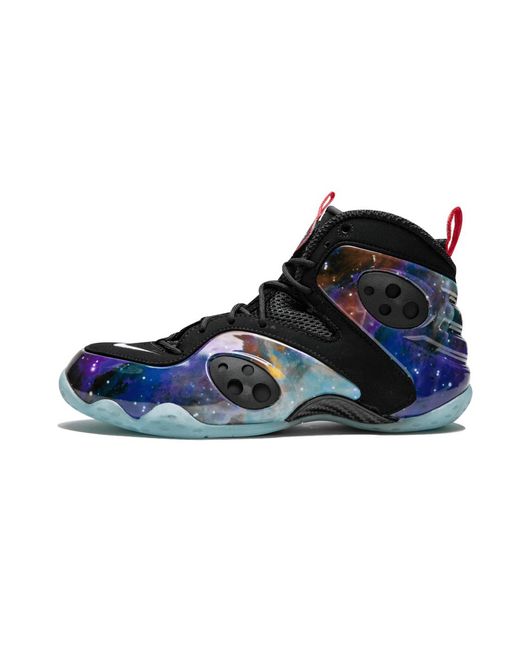 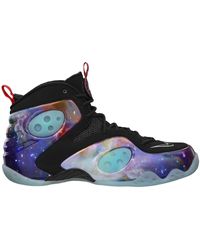 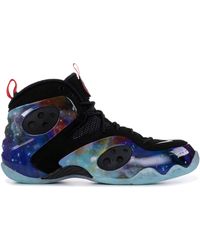 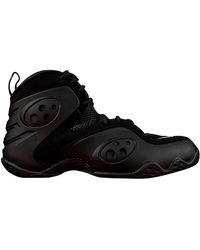 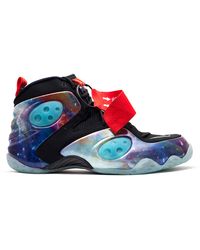 The nike zoom rookie "galaxy 2019" is the 2019 retro of the penny hardaway hybrid sneaker in the legendary celestial colorway. The cosmic pattern first appeared on the notorious foamposite one "galaxy" that released during nba all - star weekend 2012, and the same starry graphic made a return on the zoom rookie, which combines elements of the air go lwp, air flight one, and foamposite one. Nike sportswear released the "galaxy" zoom rookie for 2019's all - star festivities, although it officially released on february 22, 2019, five days after the all - star game. The re - release features all the same details as the original 2012 version, including a black mesh and synthetic nubuck base, removable nasa - inspired patches on the tongues, and glow - in - the - dark rubber outsoles. Color: black