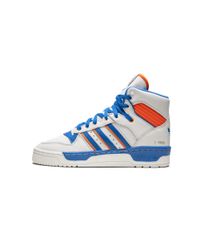 We check over 450 stores daily and we last saw this product for $100 at Stadium Goods.

The adidas Rivalry High OG "Eric Emanuel" is a special edition retro release of the iconic adidas basketball shoe. One of the brand's most popular basketball models from the 1980s, the Rivalry High returned in retro form in early 2019. Before its official launch, adidas Originals teamed up with Eric Emanuel for a special "Rivalry Gallery" event in New York City in January, featuring basketball-themed artwork. This modified edition of the Rivalry in its original "Knicks" colorway of white, blue, and orange has "1/1986" laser engraved onto the heel and was only released at the exclusive event in January 2019. Color: blue 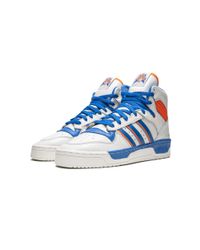 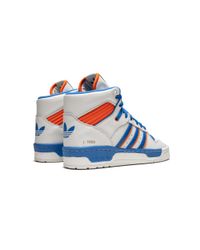 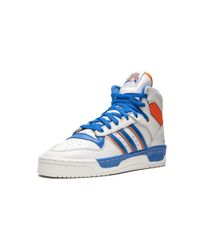 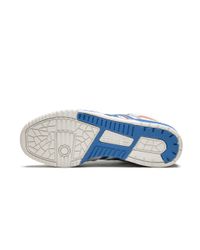