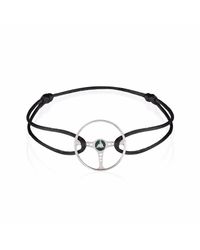 More from The Mechanists

The Mechanists Steering Wheel bracelet is a synonym of Personal Freedom and Mechanic Emotions. Each Bracelet is crafted by hand thanks to the artisanal savoir-faire of a British workshop. The British Racing Green Collection celebrates the time when racing was more of a contest between nations rather than manufacturers and teams. The rules of the race were simple: each entrant had to run a car built in their own country and its driver had to be of that nationality. Every year, the race was also hosted in the country of the previous winner. Britain first competed in 1902 with Olive green as — red, white and blue — were already taken by America, Germany and France, respectively. That year, British driver Selwyn Edge won the race. Throughout the years, the color has largely adorned British cars and became one of the most iconic in the automotive world. Specs. Model ▪ British Green Racing. Year Prod. 2017. Country ▪ United Kingdom. Body Type ▪ Sterling Silver Steering Wheel. Size ▪ 25mm diameter. Kerb Weight ▪ 2.7g approx. Cord ▪ Jet Black 1.5 mm diameter cord – adjustable manually. Side ▪ LHD & RHD. Color: black 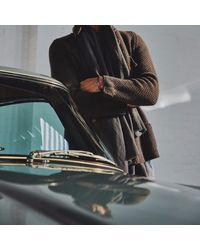 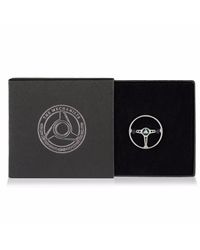