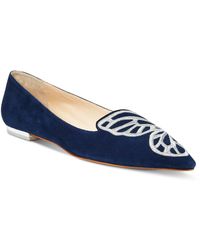 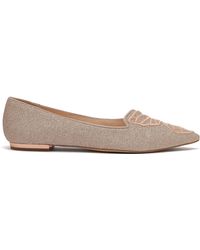 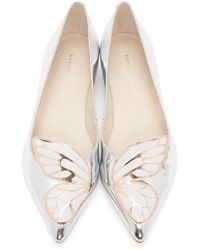 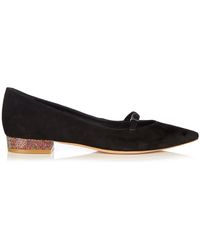 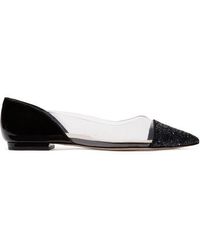 Known for her playful and whimsical approach to fashion, Sophia Webster is the namesake footwear collection launched by the British designer in 2013. Having worked as a design assistant to Nicholas Kirkwood, Sophia Webster learnt the art of footwear craftsmanship while simultaneously developing her signature style. Shunning more traditional designs in favor of originality, the collection of Sophia Webster loafers encompasses suede and leather loafers detailed with stunning motifs and embellishments such as butterflies and colourful pom poms.